Today's random pictorial history is of The Sportsman pub at Cliffsend, halfway (more or less) between Ramsgate and Sandwich. No idea of date, but looks before turn of the century due to the lack of cars (pretty flimsy evidence, admittedly). Still, a nice crisp photo. Over 270 years old (1730s?), it is described as a typical road house pub, clearly placed to serve the traffic between Sandwich and Pegwell or Ramsgate. 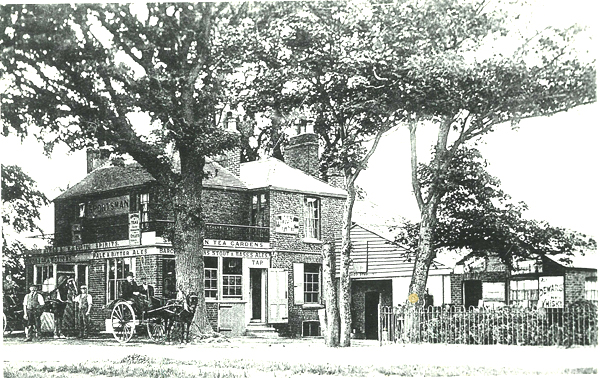 And in a typically non-sequitur type of link, from Sportsman to game, here's an amazing picture of a butchers in High Wycombe from Christmas 1937, proudly displaying the game birds and other assorted slaughtered flesh and fowl. Now THAT's what I call a shop display! 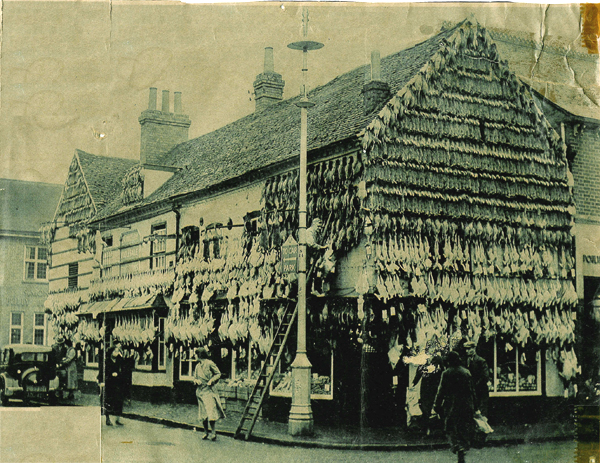 For a third treat, back to our locality with another old image (from a less old Kent County Libraries postcard - I can't claim these are ALL genuine antique photos): this time of the donkey stand at Newgate Gapway, near Margate. The idea of a donkey stand being as familar then as a bus or taxi stand is today is very appealing. 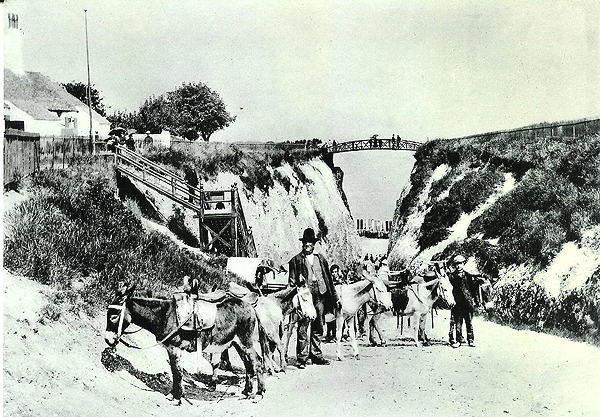 Eeeh, thems were the the days. When you could thatch an entire cottage with pheasants!

Arrr, game for anything they were...